The two video works by Valentina Bonizzi exhibited at Nomas* Projects show the results and the failures following the persistent attempts of the artist in trying to preserve a story, being that of a small bird or family album’s photographs.

Opaque Documents is an inedited video installation resulted from the work that Bonizzi conducted in Palestine between 2014 and 2016. Concentrated around the mapping of the presence of photography in the Dheisheh Refugee Camp – where the artist lived and worked with the program Campus in Camps and the resident community – the work explores the personal as well as a political relationship with photography in context of conflicts and territorial occupation.

Is It Yours? (2014) Is a 2’ film shot with a mobile phone at the check point between Bethlehem and Jerusalem which sees as the main protagonist a small bird trapped in one of the border patrol facility.

Digging into archives and communities, Valentina Bonizzi’s work highlights issues of social justice in relation to the politics of time in specific contexts. Bonizzi holds a Master from Glasgow School of Art and a PhD (AHRC funded) from DJCAD, University of Dundee. Bonizzi has received awards from Creative Scotland, Arts and Business and the Arts and Humanities Research Council by which she has been nominated for the “Best Research in Film Award” in 2016. She is the 2019 recipient the Gjon Mili biennial award for best art work at the National Gallery of Kosovo. She took part in exhibitions in galleries and museums such as: the National Galleries of Scotland, British School at Rome, Stills Gallery in Edinburgh and Fondazione Fotografia Modena, Cooper Gallery, Dundee, Zeta Gallery in Tirana. She has presented her work in a number of institutions such as the Ramallah Academy of the Arts, Akademie der Künste, Berlin, CCA in Glasgow, Villa Romana, Florence and MAXXI, Rome. In 2017 she was invited at the first edition of Autostrada Biennale in Prizren, Kosovo.

Opaque Documents was made with the support of Creative Scotland Artist Award. 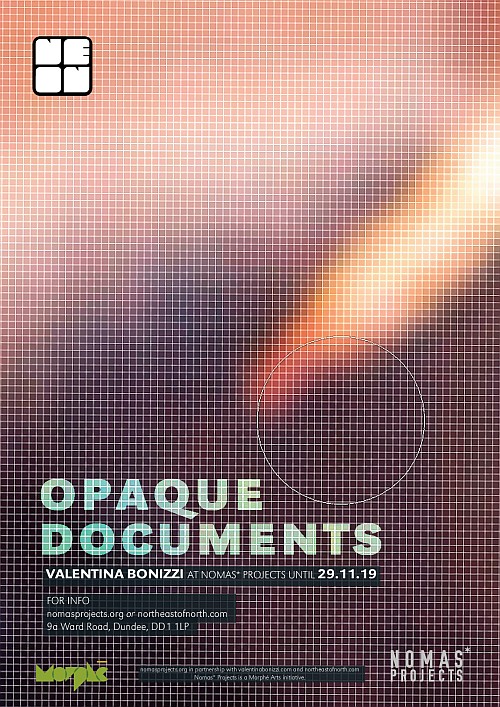